How to Learn Russian: 3 Strategies for Beginners

Help to correct
The English version of this article was written by . 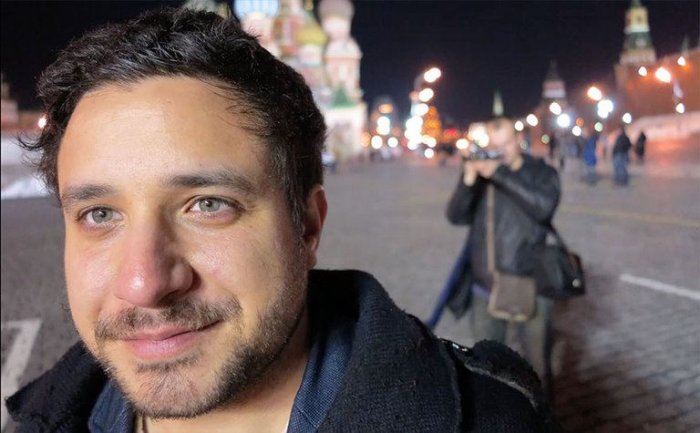 I visited Russia for the first time in 2013.

Help to correct
In short, it was breathtaking. Though I was a seasoned traveler even then, I was not quite prepared for all of the wonderful, unforgettable moments that Russia had in store for me. In my travels to both Moscow and St. Petersburg, I experienced many things that simply would not have been possible had I never decided to learn the beautiful Russian language.

Help to correct
In some ways, my experiences in Russia felt like a reward for enduring the long and wild ride that learning the language had been up to that point.

Help to correct
You see, the Russian language is a maze of case declensions, difficult pronunciation, and complicated verbal aspects. These things posed a challenge for me, an experienced polyglot, so I can only imagine how intimidating the language can be for those looking to learn it as a first, second, or third foreign language.

Help to correct
Today, I have three pieces of advice for you that will help you learn Russian more effectively and tackle its complexities with confidence and poise.

Help to correct
Let's get started!

“You cannot learn language from grammar, but you learn grammar from language”.

Help to correct
When learning Russian, this advice is extremely important. Russian grammar is notoriously difficult, mostly due to factors such as the case system and perfective and imperfective verbs.

Help to correct
If you attempt to start learning Russian by tackling grammar first, you'll get nowhere fast. There's simply too many things to memorize all at once. That, coupled with the fact that rote memorization is inherently boring and inefficient, means that if you decide to approach Russian grammar, the traditional way, you do it at your own peril.

Put simply, you must learn Russian grammar by absorbing it from its natural context—the spoken and written language.

Help to correct
This is how children learn to speak their mother tongues; they do not learn grammar explicitly through verb tables, but implicitly, though hearing and speaking the language as much as they can.

In fact, children start learning grammar mainly through listening (and later through reading), which they do for tens of thousands of hours.

Help to correct
You'll need to do the same. Do as much listening and reading as possible. Maybe not for tens of thousands of hours, but certainly for a lot of time.

This is called massive exposure, and in my opinion it's the key to mastering the grammar of any language, including Russian.

Help to correct
Once you've gained massive exposure to spoken and written Russian, you can then look at things like verb and declension tables, but only if you need to. In those situations, explicit grammar resources can be very helpful as references, in case you need to double-check your knowledge. 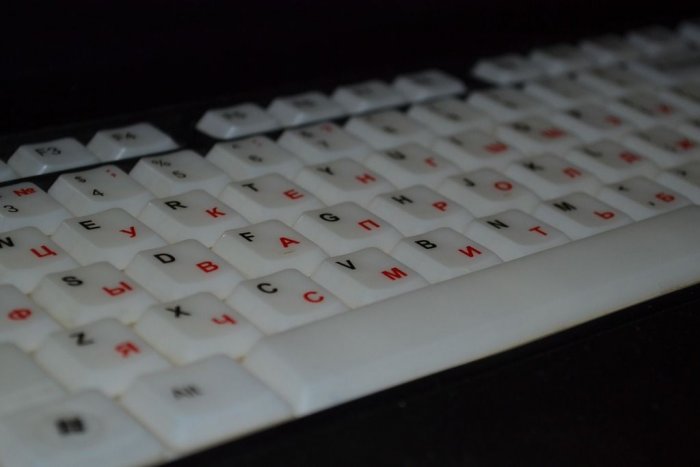 At first glance, the most obvious challenge put forth by the Russian language is its alphabet.

Help to correct
Known as the Cyrillic alphabet, this series of 33 letters look very similar to the Latin alphabet (i.e. the alphabet used by English), but not quite.

Cyrillic, for example, has many letters that Latin scripts do not have, such as , and .

Help to correct
Even when Cyrillic and Latin scripts do share letters, they often represent very different sounds. The and symbols used in Russian, for example, are actually pronounced like the Latin and , respectively.

Help to correct
If you're going to learn the Russian language, the best thing to do is master the Cyrillic alphabet quickly.

In my opinion, the best way to do this is through learning to type using a Russian keyboard layout.

Help to correct
Learning to type has several important advantages, especially as a beginner learner of Russian. If you know how to type, you can:

Help to correct
If you already know how to type in English (or your native language), then learning to type in Russian shouldn't be too much of an obstacle for you. The main challenge is learning where the keys are.

Help to correct
The standard Russian keyboard uses what is known as the layout (also known as the or layout) with the first row of keys containing the characters , and . You can learn to type in this layout by taking the Russian typing lessons on www.keybr.com (Under “Settings” > "Keyboard Layout", change "Language" and "Layout" to Russian.)

Help to correct
This is the main layout that native Russians use. If you want to type just like a Russian, then this is the keyboard you should go for.

A challenge of this keyboard is that the arrangement of letters does not correspond to the equivalent Latin-based keyboard layouts, which generally begin with , , or , and not . Because of this, learning to type using the standard Windows layout almost feels like learning a whole new way to type.

Help to correct
If this is challenging for you, I recommend using a different Russian keyboard layout known as the Russian Phonetic Keyboard.

The phonetic layout is designed to mirror the popular QWERTY keyboard commonly used worldwide. Because of this, the keyboard begins with ЯВЕРТЫ (QWERTY), and follows the same pattern of other standard QWERTY layouts. This is the keyboard I used to learn Russian, and it is very easy to get used to.

Help to correct
Whichever layout you choose, I recommend printing out a copy of your chosen keyboard layout and sticking it on a wall near your computer or keep it next to you while you sit down and get ready to work on Russian. This can help you learn the layout quickly without always having to look down at the keys!

3. Use the Language to Cultivate an Open Mind

There's one last thing I want to recommend to anyone who wishes to learn Russian, and it has to do with more than just the language itself:

Use Russian as a tool to cultivate an open mind, and learn more about the culture, lives, and experiences of Russian people.

Help to correct
Russians are often stereotyped as a cold, harsh people who are distrustful of foreigners.

I thought the same way, too, before I learned Russian, and before I set foot on Russian ground.

Eventually, I saw a completely different reality: Russians can be warm, friendly, and extremely hospitable.

Help to correct
The difference was knowing the language, culture, and customs of the Russian people. Once I spent time speaking to Russians, reading up on their long and fascinating history, and practicing how to speak and act like they do, an entirely new world was opened up to me.

Help to correct
So when you learn Russian, don't just think of it as a mass of words, phrases, and grammar points. Look through the language, to the people, history, and the culture on the other side.

If you can do this, the Russian language becomes more than just a language, but a key that can open the door to another world, just as it did for me.

No More Fear to Learn Russian

Russian may seem like an intimidating, or even "impossible-to-learn" language, but the reality is actually quite different.

Despite being a complex language, Russian can be learned using special strategies that make it much more easily digestible.

Help to correct
Today, I've shown you those strategies, which are the very same ones I used to start learning Russian years ago.

Begin by learning the alphabet through typing. Then, focus on massive input so that the complexities of the grammar are gradually revealed to you.

Help to correct
Finally, keep an open mind throughout the process, and use the language as a means to access the fascinating Russian culture.

Before we go, I have a question for you:

Are you learning Russian? Are you worried that, despite all this advice, you still don't have what it takes to tackle the language?

If so, then hop on a call with me! As a language coach, I've spent several years helping language learners master the Russian language, and you can be my next success story.

Help to correct
At last, suggest you try the Rosetta Stone method to learn Russian. It is truly natural and progressive and allows you to immerse yourself in the Russian language.
We also recommend this book (Russian For Dummies) if you are new to Russian. It has great reviews on .