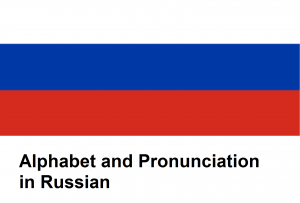 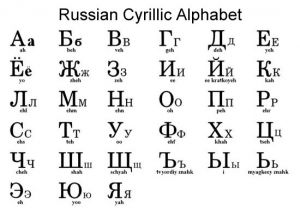 In today's lesson, you will learn how to write the different letters of the Cyrillic Russian Alphabet and how to pronounce them by listening to a native speaker. You will also find at the end of this lesson a virtual keyboard so you can type directly in Cyrillic without the need to change the settings of your device.

Russian is a Slavic language, such as Polish or Czech, written with the Cyrillic alphabet, inspired by the Greek alphabet.

The Russian l is velar, it is pronounced as English well or as the old French chevals: one pronounced then s of the plural (that is why the pronunciation was then modified in "cheva-or "Then" chevo "writes Chevaux)

At the end of the word, the sound consonants become deaf, as in German, they pronounce then:

The Russian has 5 vocalic phonemes noted by 10 graphemes:

NOTE: If Russian word contains 'ё', the accent is always on this vowel. Therefore, the accent mark is not placed above 'ё'.

The use of the letter 'ё' is mandatory in texts with consistently placed accent marks, in books for young children (including textbooks for elementary school students), in textbooks for foreigners. In ordinary printed texts, it`s written in cases where a misreading of the word is possible, when it`s necessary to indicate the correct pronunciation of a rare word or to prevent a speech error. The letter 'ё' should also be written in proper names. In other cases, the use of 'ё' is optional.

(In brackets the transcription & bracketed phonetics)

These wet sounds are not necessarily transcribed in French. Thus the name of the first president of Russia was Борис Ельцин in Russian, Boris Yeltsin in English and French: Boris Yeltsin (but pronouncing "Yeltsin").

The cursive letters which are significantly different from the normal printed version are noted in bold.

Those are worth learning because they are often used and look like the hand-written form of Russian.

Watch the video below to learn how to write the cursive language letters of the Russian alphabet: 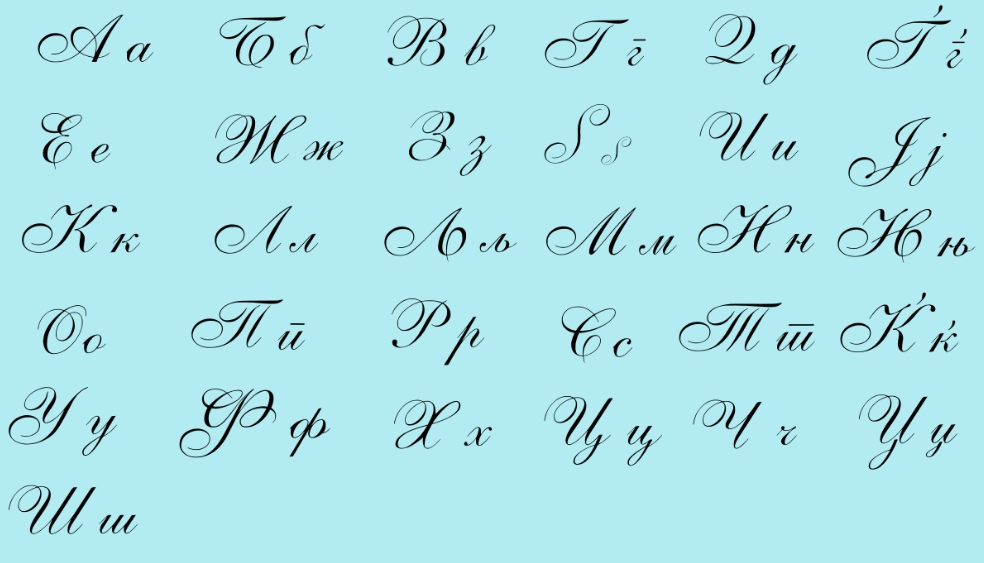 This video explains how you can write Russian/Cyrillic letter stickers on your native keyboard with the use of Russian letter sticker:

Type directly without the need to change the settings of your device:

Learn the Russian alphabet with examples and pronunciation[edit | edit source]

Learn the Cyrillic alphabet in one video[edit | edit source]