How to enter Mandarin characters by typing Pinyin syllables in electronic format? - a beginner’s experience 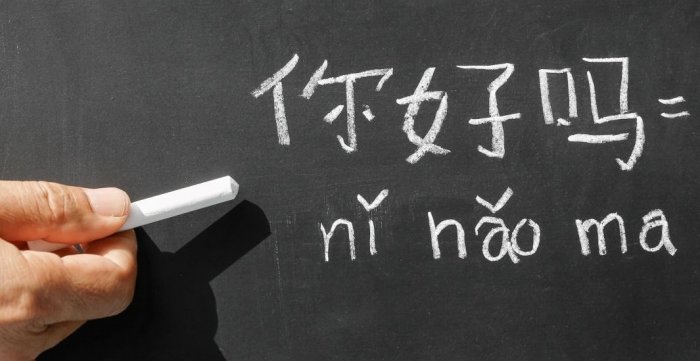 I am writing this introduction with the aim of informing the reader that I am not a person with a high level of linguistic qualification. Please put my article in this context as well. I hope to write similar articles in the future and describe this introduction there too.

The main objective of my communication is to present the attempts, successes, failures and experiences of a novice language learner.

My goal is to motivate everyone who just needs it.

Author of the article!

Nowadays, when we start to learn a language on our own, sooner or later we will also start searching on . When I decided that I would also start learning Mandarin Chinese, I did the same. Vocabulary videos, phonetic explanations, grammar lessons, movies, TV shows, vlogs, etc. Endless possibilities.

Since I've only been learning Chinese for a few weeks now, I obviously don't understand the subtitles of the videos yet. When I watch a video native speakers speak so fast in most cases that I can't even recognize the sound of the words. Therefore, at first, I definitely try to create my own vocabularies, libraries of words and phrases, both in written and spoken form. However, I would like to apply this method only in the early stages of learning, until I expand my basic vocabulary a bit. Later, once my vocabulary has expanded, I would like to listen to native audio material or chat with native speakers (written and spoken).

Help to correct
I am currently trying to find the best way to memorize words with the right emphasis. I write the words in my native language, then I search for the right word with correct pronunciation. I do this mainly by copying words written in Mandarin characters from the translation software, or copying them from an electronic dictionary, or writing them manually from a vocabulary video. This is how I develop my dictionary in my own electronic text format. Then I record the words, phrases, sentences in audio format and practice their pronunciation by playing them repeatedly. This is how I create audio material that can be memorized based on hearing. Here, of course, I'm only thinking of free text output hardware to sound software.

The data entry format from online text to sound software is in traditional Mandarin symbols. Because I don't speak Mandarin, I don't know the characters. Even if I knew them, I wouldn't be able to type them with my keyboard, which is based on Latin characters. As I got to know the basics of the language, the first characters and terms, this gap appeared immediately. It was then that I decided that I had to solve the problem of electronic entry of mandarin signs.

Help to correct
1. When the Mandarin language was simplified, a system of "Romanization" was developed which assigns a syllable of Latin letters to each Mandarin character.
This system of signs was called the "" transcription. From there to know that after having read a Mandarin character, if one wants to say which sound it is necessary to pronounce the syllable. This is where we first encounter the term "syllabic tones". If I pronounce a syllable that can be described in three Latin letters, like "han", I can say it with multiple accents while speaking. By pronouncing the vowel of the base root syllable with different pitches, we form four (or more) phonetically different syllables (tones). These syllables, pronounced with different pitches, then have different meanings during speech. The description of the syllables to make the difference is indicated by various diacritics: hān, hán, hǎn, hàn.

These syllabic tones will then hopefully sound different to our ears (once we are able to tell them apart). So when we want to describe them in electronic text input, we have to differentiate them as well.

2. If you want to input Mandarin characters on electronic interface with our Latin letter keyboard, you need sign system.
Warning! There isn't just one Pinyin input method for these characters, but I've only learned one so far.

3. It is also possible to enter syllables using online conversion sites. On these pages, you can convert syllables to Mandarin characters or vice versa. If we want to type pinyin syllables in the text field, we will have to use Chinese tones that we have already learned.

Help to correct
The 4 tones + 1 neutral tone (total = 5 tones) of the standard simplified Mandarin are most often represented in this order and with these characters:

Note: the syllables of different tones can be paired with many more Chinese characters, not just the ones illustrated here.

All the syllables of the transcription of the Mandarin language are formed with these 5 tones.

If we want to describe vowels formed with these tone accents, we need to know many extended characters. In this case, we either switch keyboards and type the vowel on that language keyboard, or we must type the equivalent combination of typing. In both cases it is very time consuming. I note this because if someone were to move in this direction when learning Chinese signs, I would rather suggest installing a simplified Mandarin language set and using syllables typed without accents as a quicker solution.

Help to correct
After installing the Chinese Mandarin keyboard, we use the input of syllables as follows:

When typing a Pinyin syllable, first use the key combination to switch the keyboard language to Mandarin, and then type the syllable in a text box.

After typing the syllable , mandarin symbols for different tones of the syllable appear in a horizontal menu.

Attention! Here, far more than 4 characters appear, because some tonal syllables can be described in some cases, depending on the context, by more than one character.

In some case, I have found that the Mandarin character you are looking for, does not appear between the first seven or height signs, but you can use these “down” and “up” arrows to select the appropriate sign from the other signs. In this case, we can see why it is important to know the pictures of different toned syllables to choose the right one from the menu.

Help to correct
When writing signs in this way, I have observed that the more times I use writing, the more I remember the appropriate character. It seems to me that any activity in which I transcribe texts with syllables into Mandarin characters helps to memorize these Chinese punctuation marks.

So my experience is that all possible activities can be helpful when memorizing mandarin punctuation. Of course, there are many ways to learn Chinese punctuation (hand drawing, learning with cards, or in our case, even typing with the keyboard).

For me, the Translator text input interface is also a useful help in pairing properly toned syllables with Mandarin characters.

Here, you can select a specific Mandarin character as you type the syllable, and as soon as it appears in the text box, a transcript with the corresponding toned Latin character will also appear below it. I can immediately listen back to the Chinese pronunciation. It’s also a compact, fast way for me to learn how to write and pronounce Mandarin characters. 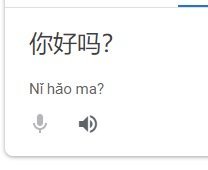 Help to correct
When I was considering starting to learn Chinese more seriously and investing time in it, I asked myself if it was worth it. I wisely thought that it would be enough for me to learn a few phrases from audio materials and maybe I would be able to chat with someone sometimes in Chinese sometimes. I faithfully ruled out the possibility that I could not even learn written Chinese signs.

Honestly, I don't know to much mandarin characters either now. But compared to a previous situation, the current situation is already showing a change. Yes, it may seem a bit comical when I recognize just a few characters in a longer text, like "wo 我, hao 好, zhong guo 中国, mei guo 美国, ma 吗?", but it’s still a sense of success for me.

I think that was my faulty type of learning philosophy from point A to point B. Writing is an integral part of language. It may be more important to go down the road than to get somewhere. The point is to deal with it, practice it in every possible way, with diligent consistency, or with playful laxity, whichever is more appropriate.

The point is to scroll things forward …