HOW DO WE PRONOUNCE WORDS CORRECTLY AND EFFECIENTLY FOR ALL LANGUAGES? 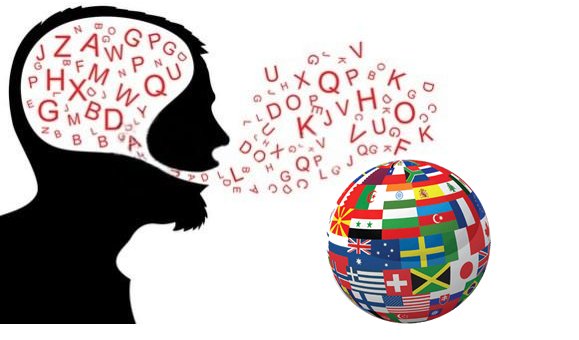 So you learned how to speak a language, either basic or expert, and perhaps you are told that your accent is off, or that you've been pronouncing a word that took you days to memorize completely wrong.

Help to correct
Perhaps you're even having trouble understanding because you think you're hearing one word when in reality the word has a slight deviation in pronunciation, so it wasn't the word you even thought it was!

Help to correct
I have dealt with this problem, and I practiced correcting these errors when I was learning Spanish in California for two years.

Help to correct
Speaking with natives, I learned a simple trick that changed everything, so much so that people often ask if I am from Argentina or another South American country when they speak with me.

Help to correct
First, you have to write down the word EXACTLY as you hear it, without looking at it, and ignoring spelling. Only write what you hear. In music we call this developing your "perfect pitch."

Help to correct
For instance, in Spanish the word in most parts of the world is pronounced more like as in the American English pronunciation of

Help to correct
However, most native English speakers of Spanish will pronounce it using a very hard sound that is not typically produced by native speakers. So we combine step one with step two and listen very carefully and write exactly what we hear in our mother tongue the way we hear it.

Help to correct
So when we write the word as heard from a native speaker, accent and all, we can write it as we hear it, In this step it is really important to note how harshly native speakers pronounce each syllable, and with what part of the mouth, and more importantly for Latin languages, where the tongue goes.
For instance, the although it sounds in English like a is not a harsh English It's very light.

Help to correct
This happens because they do not put their tongues in front of their teeth.
English speakers bite their tongues a whole lot, and not just in the form of the expression, but when they talk they put their tongues all over in their mouths.
If you are a native English speaker try saying with your teeth clenched.
Hard right?
Well that's how Latin Americans will usually speak, keeping their tongues back behind their teeth. So saying the like a but keeping our teeth clenched will get us closer to sounding more native. This is also why will tend to sound like .

Help to correct
Alright. Now a little tip for the road: some sounds just don't exist in your language, but perhaps there is something you do with your body that makes that sound. Yes, this tip is as weird as it sounds.

Help to correct
While learning French I found that pronouncing a Paris nasally is rather difficult because we simply do not pronounce it in America, and there is no way to write it phonetically because no words sound like it. So what does the Paris "R" really sound like?

Help to correct
n French classes in America there is a joke that it sounds like spitting, which it really does. That's as close to it as we can get. So I explored what made this sound and realized that when we spit we open our nasal cavity in the back of our throat by pushing the tongue ALL THE WAY BACK, almost arching the back of it.

Help to correct
I practiced this technique for a long time and found that, I could finally make the French sound that most of my classmates were still struggling with, all because I took the sound of what resembled the made in French and applied this technique to pronounce it.

Help to correct
So how does this trick work?
In music there is something called "perfect pitch."
To practice perfect pitch on the violin, some people will blindfold themselves while one note on the piano is played aloud, and, without looking, they will try to find the note on the violin's strings.

Help to correct
At first you can sometimes locate a note pretty close to it and slur up to the correct note.
However, you usually will not land right on the correct note. Your brain doesn't see the note; you're not programmed.

Help to correct
So, in speaking we too must develop the idea for where the sounds of letters fall within our scale of speaking.

Help to correct
We must be able to see the word in our minds and find the closest matches to those sounds in order to develop the white matter in our brain so that, just as with the violinist, we can simply begin to "play the note" when we hear it.

Help to correct
You may have practiced for a long time, or even become very familiar with the looks of the instrument you use when speaking, but you'd be surprised how much you can do when you explore new ways of using it.

Help to correct
Did you find this useful?

Please let me know in the comments below and post your own advice!

If you have any questions about pronouncing other words, ask and I will look into and perhaps write something on it to help you out!