What is the hardest language to learn?

Help to correct
Some languages require more than one year of study to learn the basics while others take only a few weeks. But which one is the most difficult of all? A ranking by UNESCO lists the 10 most difficult languages in the world. 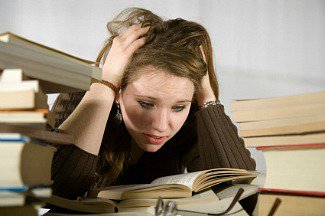 Chinese is a particularly difficult language, especially in its written form.
Chinese characters give no clue about pronunciation, and the language's tone system can give a whole new meaning to any given word.

Greek is especially difficult because of its complex rules of accentuation. Accentuation is very important, because it requires many inflections that can change the meaning of the word.

With an alphabet of 28 letters, right-to-left reading, and few vowels, Arabic is very difficult to understand. It has a complex system of word construction, starting from a base root. Its guttural letters will be the first obstacle for English and French learners.

Its archaic vocabulary and complex grammar make Icelandic very difficult to master. The main difficulty for learners of Icelandic lies in the fact that some vowels are affected by surrounding words through declensions and conjugations. Also, the same word can have up to 70 different "forms."

While influenced by Chinese, Japanese has also borrowed many words from English since World War II. What makes Japanese difficult is the difference between the written and spoken forms of the language. Japanese grammar allows for the expression of a wide range of linguistic politeness and formality.

This Nordic language has an extremely complex grammar with 15 cases. Finnish suffixes are often used where other languages use pronouns and prepositions. The Finnish language will also modify verbs, nouns, pronouns, adjectives and numbers according to their role in the sentence.

German is an inflected language (a language in which the form or ending of some words change depending on how they are used in sentences), with conjugations and declensions and no less than three grammatical genders: masculine, feminine and neuter. Many words also have the same root, and there are a number of commonly used dialects.

With its unusual sound system, spoken Danish has little or nothing to do with the written language, which greatly complicates learning.

French is a language of Latin origin. It is not difficult to learn for a native of a country with a language from the same family, such as Italian, Portuguese or Spanish. It is quite different for others who think French has a strict and sometimes obscure pronunciation.