Is English enough when travelling abroad?

Help to correct
If you are planning to stay in a non-English speaking country and plan to do more than live in an expat bubble and just "get by" in the country, depending on where you're going, you will need to learn the local language. 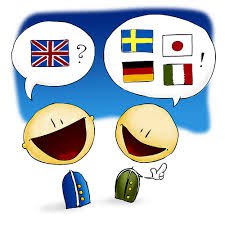 Quite simply, English is not always enough. I learned this many years ago while trying to find my way around Munich on my first trip to Germany and more recently after having spent six years in Thailand.

Help to correct
It is a mistake to assume people will understand English. It may be the world's most widely spoken language, but the vast majority of people on Earth do not speak English.
Learn how to communicate with locals in their own language - not only will it make your life a lot easier, it will help you more fully experience the culture.

Help to correct
Culture can be split into two arch-categories: historical culture and modern culture.
While you may be able to study a country's history using English, you will not understand its current culture without also knowing the language in which that culture is expressed.

Help to correct
For example, in Thai, you do not say that someone is late, you say they are "coming slowly".
If you were to translate literally and say that someone was coming late, this would mean late in the evening.

Help to correct
If you are going to spend a considerable amount of time in a country, do yourself a favor and learn the local language!