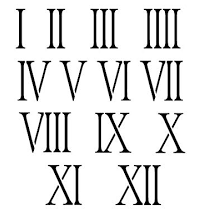 Hello everyone, in this lesson we will see how to write numerals in different languages and writing systems. Feel free to complete this wiki page if you think it can be improved.

This type of numeral systems are called “Hindu-Arabic”, originated from India in the 6th-7th century. Each note represents a value in a place. Its advantage is combining the positional system and decimal numeral system, which suits the decimal representation and ability to represent large numbers. It also doesn't require memorisation of many notes.

Visit Punctuation of many languages to see decimal separators and digit grouping symbols.

In this type of numeral systems, each note represents a value. The largest value is written first, second largest next, and so on. Multipliers added to some notes also exist in some systems.

In this type of writing systems, numbers are represented in the language itself.

The current scale is called “myriad scale”, which treats “myriad” as a higher unit.

In these writing systems, each number is represented by a note and vigesimal is adopted.

This is the earliest numeral system. It adopts sexagesimal, which is represented by “1” and “10”.

This is used for basic computation.

Note: When posing 6 to 9, tips of stretching fingers of the hand fewer than 5 touch the palm of the hand of 5.

Count to 10 in All Languages[edit source]