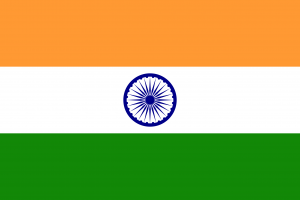 Welcome to the Hindi learning page!

You will find below many free resources to learn and practice this language.

Hindi (हिन्दी), or more precisely Modern Standard Hindi (मानक हिन्दी), is an Indo-Aryan language spoken chiefly in North India. Hindi has been described as a standardised and Sanskritised register of the Hindustani language, which itself is based primarily on the Khariboli dialect of Delhi and neighbouring areas of Northern India.

Hindi is a modern Indo-Aryan language spoken in South Asian countries (India, Pakistan, Nepal) and also in other countries outside Asia (Mauritius, Trinidad, Fiji, Surinam, Guyana, South Africa and other countries). Approximately eight hundred million people speak Hindi, as either a first (480 million) or second language. It is the second most widely spoken language in the world. Along with English, it is the official language of India. In addition, it is the state language of Bihar, Chattisgarh, Delhi, Haryana, Himachal Pradesh, Jarkhand, Madhya Pradesh, Rajasthan and Uttar Pradesh. Also, I should point out that Hindi is the language of Agra (the city of the Taj Mahal).

Hindi, which is a descendant of the Sanskrit language, is not strictly the name of any chief dialect of the area but is an adjective, Persian in origin, meaning Indian. Historically, it was synonymous with Hindui, Hindawi, Rexta and Rexti. The terms Urdu and Hindustani are also used to refer to this language. All these labels denote a mixed speech spoken around the area of Delhi, North India, which gained currency during the twelfth and thirteenth century as a contact language between the Arabs, Afghans, Persian and Turks, and native residents.

• Eat-expressions in Hindi-Urdu (expressions with the verb khā-, "eat") by Peter Hook, in Indian linguistics (2011)