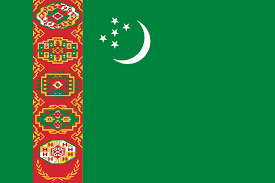 The Turkmen alphabet is a variant of the Latin alphabet used for official purposes in Turkmenistan.

In today's lesson, you will learn how to write the different letters of the Turkmen alphabet, how to pronounce these letters whether it is through the International Phonetic Alphabet (IPA), or through a video with the pronunciation of the letters by a native speaker.

The 9 vowels of Turkmen are represented by the following letters:

The 21 Turkmen consonants are represented by the following letters: