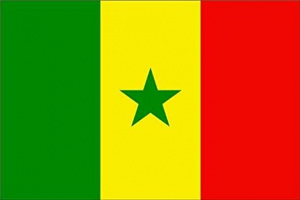 The indefinite article is a grammatical terminology that refers to the English article “a” before a noun in a singular form and the “s” at the end of a noun without being preceded by any article (kids). In Wolof, for the singular form either the noun is stated without any article (xale = a kid) or in some area mainly rural, a “ab” or “as” is put before the noun (ab xale = a kid). For the plural form, they all take an “ay” before the noun which has also the connotation of the English “some.”