Swedish Grammar: When use Ett or En

Help - Comments
This lesson can still be improved. EDIT IT NOW! & become VIP
Rate this lesson:
4.00 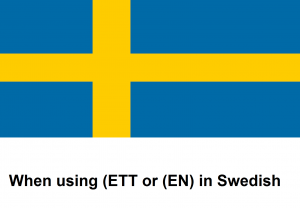 When using (ETT or (EN) in Swedish

Feel free to edit this page by adding new words and expressions !

When using (ETT or (EN) in Swedish[edit | edit source]

In Swedish we have two words to choose between when we want to write about nouns in indefinite form: En or Ett.

This is not true. There is no grammatical rule to know when to use En or Ett, you just simply have to learn them.

When we want a noun to be in definite form we add a suffix to the noun; -en, -n or -et.

Here we just add -n since the word already ends with a vowel.

As you might have noticed, you can know which suffix to use by looking at the indefinite article. 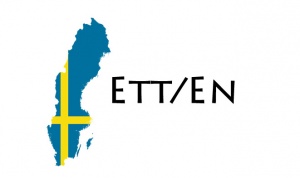