In war films and TV series, some scenes are unrealistic and make people laugh out loudly. Still, some people believe them.

War is usually a topic for inciting national pride, which can be an international joke if it is unrealistic. 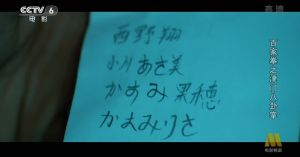 The most popular topic is Indian independence movement. Other topics like Sino-Indian War and Indo-Pakistani wars are also involved sometimes.

An example of Sino-Indian War is ’ਸੂਬੇਦਾਰ ਜੋਗਿੰਦਰ ਸਿੰਘ’ (2018), where Chinese soldiers wear the uniform of Imperial Japanese Army. Another example is 72 Hours: Martyr Who Never Died (2019), where one soldier killed 300 enemies to cover the retreat.

An example of Indo-Pakistani wars is ’उरी: द सर्जिकल स्ट्राइक’ (2019), where the elite forces send no recon, expose themselves directly in a sneak attack, take no casualty running from a helicopter.

The most popular topic is Sino-Japanese War.

There is also a series 《雷霆战将》 (2020), which was advertised as the new version of the highly-appreciated series 《亮剑》 (2005) and is all about idols.

In the film “신기전” (2008), which is about a fictional Goryeo-Ming war, Ming tried to fight Goryeo for not paying attribute and was fought back.

In the TV series “제국의 아침” (2002), which is about Goguryeo-Tang War, Goguryeo defeated Tang and forced Tang to cede much land.

The most popular topic is World War II.

An example is «Т-34» (2019), where the ammunition hidden under a corpse are not discovered when the tank is captured, one tank destroyed 7 tanks.

The most popular topics are World War II, Vietnam War.