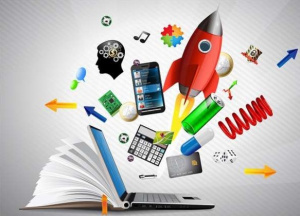 Sci–Tech Index is under the CC BY 4.0 license

On this page you will learn more about the Sci–Tech Index.

It is a project for science and technology learners, to cover concepts from primary schools to colleges.

I used to be the top student in the primary school on all subjects, but somehow lost interests in the school lectures. As I became an adolescent, I had difficulty to focus on those science lessons, because as the Internet became widespread, I discovered the overwhelmingly attractive world that those little buildings and the plentiful boring adults couldn't create, especially computer games. It's not the Internet's fault, because other things such as Chinese martialist fictions would attract me as well. That is adolescence. I decided to learn science, so I can explore the truth of the world, even if I was at the bottom in the class on that.

Those formations of pixel and electromagnetic vibrations were so powerful, altering my mood as they wish. But as time goes by, my horizon is broadened and my thinking is more organized, they could no longer be amazing as before for me. Besides that, most things have been losing their glamour as I become more and more familiar with them. Science and technology are not aloft as well. The only way to keep them fresh is to innovate with them.

“What can I do that helps myself and other people, to keep motivated in learning science?” I found out many reasons, like the abuse in the school by teachers, horrible teaching methods, but they are not what I can do with. I feel lucky that I could meet a few teachers that truly put students above most other things, including much of their own spare time, in such a Machiavellian world. I became aware that there should be a guide for everyone, in case they don't have the chance to meet people that improve their life fundamentally.

That's the story of why Sci-Tech Index came into being. I thought about creating a “concept catalogue”, then when I was creating flashcards with scientific terms, I made it briefer than the prototype and it's online.

The standard of symbol usage is this:

All of them except round brackets must be half-width characters.

As for the choice of name in multiple synonyms for a concept, the most precise one is chosen as the identifier and placed at first. If multiple names have the same precision, then the most commonly used one is placed before the other.

English pronunciation has been considered because of its irregularity, but the problem is 2-dimensional: there is no standard language or standard set of phonetic symbols for English. The phonetic notations vary from dictionary to dictionary. So this topic is suspended.

If the column you are working with is far away from the first, you can try editing source or if you wish to continue using the visual editor, you can open a new window of the page and align the windows side-by-side.

Even further ideas are visualization of the entire project.

If you want to download all the tables to spreadsheets, you will need open-source tools like Copytables for Firefox, Chrome or Safari.

If you want to add a language-script-region combination and have trouble adding columns, please contact me.