Multiple-languages Culture: «How to contribute to wiki lessons (FAQ)»

(one vote)
This page contains changes which are not marked for translation. 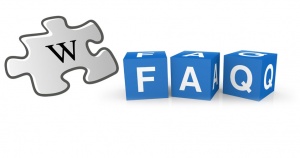 The Polyglot Wiki allows you to share your language knowledge by creating or editing lessons.

In case you have some questions, you can find some answers here.

If the question is not listed, you can edit the page by creating a new question and answer it if you have found a solution.

May I copy contents from other sites?[edit | edit source]

You can search for the information on the internet but do not copy and paste exactly the same content.

But if you think there is an image from another site that is really good, and its format is jpg, png or gif, then you can copy the image link and paste where you want. You need to check the page with your image link to see if the image is allowed to be used outside that site.

Also, if you were inspired by another webpage please write the page link in the "References" section at the bottom of your page.

What should be the minimum quality of a lesson?[edit | edit source]

When you write a language lesson, you will receive points.

To receive those points, here are the minimum quality requirements:

What if I don't have enough time to create a whole lesson?[edit | edit source]

You can create an incomplete lesson. Other people will complete it.

Also, you can contribute to an existing lesson by adding content, correcting errors, and so on.

How can I add an image?[edit | edit source]

How can I add a sound file?[edit | edit source]

How can I create a table?[edit | edit source]

How can I import a table?[edit | edit source]

How can I transpose a table?[edit | edit source]

Regretfully, this function can't be found here. You can rely on some other programs to do so.

How can I change the text format?[edit | edit source]

You can change the font or its size by inputting CSS code in the source.

This is an example with YOUR CONTENT in size 20px, font Times, weight bold and colour red.

Use the following code (with the Edit Source tab on the top right of the page):

How can I translate a lesson into another language?[edit | edit source]

You have created a lesson and you feel that this lesson is well completed and that there will not be many changes in the future:

Basically, what you have to do is edit the page using the "Edit source" tab and add the following code:

Just add a <languages /> on the top (this will include links to change language) and insert the whole article text between an opening <translate> tag and a closing </translate> tag. Then, click on the link to "mark the page for translations".

How can I add a hyphen or a minus sign in the title?[edit | edit source]

Is there a quick way of creating or editing a page?[edit | edit source]

You can save the following text in a txt file and replace the bold text. Then, paste that URL in your browser's address bar.

How can I contribute to a language which I totally don't know?[edit | edit source]

You can use translators freely. There may be errors, but other people will correct them. If you are not sure of a word meaning in a specific situation, you can enter the word in your known language at Wikipedia, and view the page in that language and vice versa.

It's precious if those languages relatively not popular are contributed too.

Is there a standard for the format of vocabulary?[edit | edit source]

It would be best to put vocabularies into tables, so that people can easily create spreadsheet files and memorise them with Anki or other programs.

There are suggested forms, for completeness and brevity. They are not compulsory.

Note the gender, unless there is a clear rule for the type of words described somewhere else. Note the gender with the definite article first if possible. For example:

If the word has irregular plural form[edit | edit source]

No need to note them if the irregular plural forms can be well explained somewhere else. For example:

If the writing system is ideography[edit | edit source]

Note the pronunciation alongside. If there are more than one type of notation, choose the most accepted one. For example:

Reversely, it is suggested to note the ideography if the vocabulary of the language is influenced by it. For example:

If the writing system is abjad[edit | edit source]

If possible, write the diacritics; otherwise write the transliteration alongside. If there are more than one type of notation, choose the most accepted one. For example:

The early one is placed before the later one. For example:

The reason of not sorting by popularity is that the popularity may be very similar or may be hard to get to know and may change with time.

For Mandarin Chinese, according to the rule above, the ROC form is placed before the PRC form including the pronunciation.

The form used in the origin of the language is placed before the other regions'. If there are more than two regions, note with ISO 3166-1 alpha-2 codes or other explanations. For example:

For Mandarin Chinese, the ROC form is placed before the PRC form.

For Korean, the ROK form is placed before the DPRK form.

What is the difference between a lesson in “Multiple Languages” and lessons in specific languages?[edit | edit source]

Lessons in “Multiple Languages” focus on the similarities and differences between languages, while lessons in specific languages focus on the details, such as the usage and the origin, in those languages.