Italian Grammar: «Do and Say» 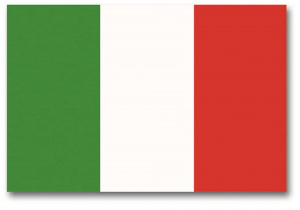 The Italian verbs fare (to do) and dire (to say) are closely related to each other due to their similar irregular conjugation pattern.

Their infinitive form endings may suggest they belong respectively to first (-are) and third (-ire) conjugation.

Actually these two verbs are classifiable as second conjugation (-ere) further to their respective Latin stems facĕre and dicĕre.

As shown in table below, the original Latin stems fac* and dic* act as base form to which we will add the present tense endings:

* The 1st singular and plural person of fare double the stem consonant -c when taking the personal ending. As a consequence, the Pronunciation of the sound will be stronger.

The second-conjugation stems fac* and dic* act as a base form in the imperfect tense as well:

The stems fac* and dic* act as base item for past participle as well, thoug they undergo partial modication as an effect of regressive assimilation produced by sound -t.

As a consequence of the regressive assimilation process, the -t sound will result as doubled.