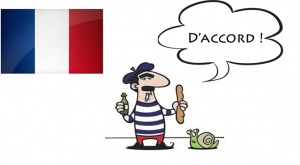 Ways to say "Yes" in French? Hi everyone,

In today's lesson, we will learn what are the different ways to say "Yes" in French.

If you want to better understand and speak everyday French, you need to learn other ways to say "Yes" than "Oui".

To say you agree in French, you can simply say "Yes" or you may repeat the whole sentence:

"Ouais" is the informal way of saying "yes" in French.

You'll hear this a lot in casual conversations:

Yeah, not that much

It's as casual as "ouais". It's saying "ouais" while showing little enthusiasm.

It can be used for "Yeah kinda sorta".

Yeah, I don't believe you.

It's saying "ouais" while showing some serious doubt.

“Si” is what I like to call the contradiction yes. "Si" is a way to say yes, but we only use it to contradict someone who said a negative statement.

"Okay" has the same meaning as "D'accord" but a little less formal.

They can even be used together like this: "Ah! d'accord, okay"

Saying both, one after the other, is just a way to stress your agreement with what is being stated.

“ça marche” is a casual way to say “it’s ok for me” in French. You can use it with friends or family. You could also use the less common “ça roule” (lit: it rolls”) instead.

If a person asks you something to which the answer seems obvious, you could answer:

You can use "bien sûr" in all situations, but "évidemment" is more formal.

If you are really excited and wish to say yes without hesitation, you can use "carrément". It is less formal than évidemment.

If someone asks you an irritating question, you can say "Mais oui" or "Ben oui". Warning: this can be considered as rude.

In the example provided, "mais oui / ben oui" would sound slightly condescending or passive agressive, "OBVIOUSLY I did what you're asking". But as I said it's a matter of context and tone of your voice. "Mais oui", told with an impatient or irritated tone, would indeed be somewhat rude.

If you’re happy to do something, you can say "Volontiers", politely. You can also use : - Avec plaisir - Certainement

When you want to confirm in a rather formal way that what someone says is correct, you can use:

Sometimes, you may want to say that something is perfect. In this case, you can use:

If you know other ways to say "Yes" in French, please edit this page ;-)