The Republic of Karelia is situated in the NW of Russia Since November 13, 1991 the republic has its modern name. The area of Karelia is 180500 square km. (1.06% of the total territory of Russia). Karelia borders on Finland in the West, on Leningrad district in the South, on Murmansk and Archangelsk district in the East. In the North-West the Republic is washed by the White sea. Population of the Republic of Karelia makes 690700 people (2008). Urban population makes 75.5%. Indigenous population of Karelians and Veppsians have their own spoken and written language.

Karelia is the country of rocks, boulders and tens of thousands of lakes. Various, and frequently unique relief of Karelia reflects geological history of the region of the last 3,5 billion years. Most of Karelia's territory is a rolling plain with strongly pronounced traces of a glacier. Wavy stone solid earth even now has some traces of ancient mountains. Karelia is often figuratively called a severe land of lakes and woods, emphasizing the leading elements of its landscape, unique combinations created by spaces of fantastic contours of a number of lakes and devided by rocky-subdued interfluves covered with taiga greens.

Climate is transitive from maritime to continental, notable for long, although rather soft winter and shotr and chilly summer. The average temperature in February is -9-13°C, July - +14+16°C. Precipitation is about 500 mm a year.

Karelia represents a unique cultural region (area) which formation was influencedby its borderline position between the east and the west, German and Slavic, Catholic and Orthodox. Orthodoxy was the main uniting factor in populating the territory by the Finno-Ugric peoples (Karelians, Veppsians) and the Slavs that lived in the region since the 13 century. Traditional crafts for Karelia were birch-bark and straw weaving, pearl beading and embroidery, spinning, weaving, wood- and bone-carving, pottery. Karelia was also famous for skilful jewellers, smiths (even gun-making), carpenters and boatmen, pearl craft had been developed, too. The art crafts developing today are Zaonezhie embroidery and Prionezhie ceramics.

In Karelia there are about 4 thousand cultural, historical and natural objects among the following should be pointe out: the State Historical-Arhitectural and Ethnographical Museum-Reserve Kizhi, Valaam archipelago consisting of 50 small islands in the northern part of Ladoga lake where the Transfiguration of the Saviour Valaam monastery is located the Dormition Cathedral (the XVIII century) in Kem, the Dormition Church (1774) in Kondopoga rune-snging villages of the White Seas coast area of Karelia where runes of Kalevala were born The Ladoga lakeside monuments of architecture petroglyphs of the White Sea and the East coast of Onego Lake seidas on Kuzova islands in the White Sea Kivatch waterfalls Paanajärvi and Vodlozersky national parks.

Petrozavodsk is the center of culture and professional art in Karelia, the largest establishments of culture are concentrated there: libraries, museums, theatres, concert halls, educational institutions, creative unions and scientific organizations.

Among the leading creative ensembles of the republic there should be also mentioned the Symphonic Orchestra of the Karelian State Philarmonic Society, Russian Folk Music Instruments Orchestra, Kantele State Ensemble of Dance and Song of Karelia. 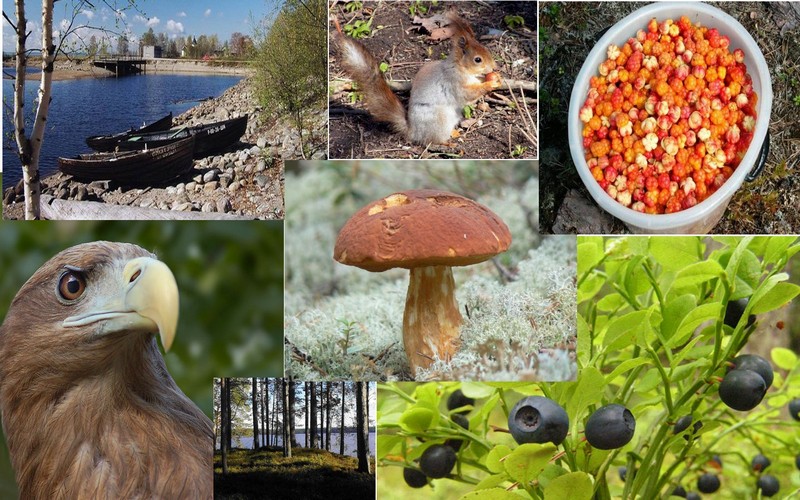 2 Comments
Write a new comment!
No meeting has been found in Republic of Karelia.