Do you like cinema and want to practice your English?

Practice English in a fun, dynamic and engaging way exploring cinema with an American film professional

WHAT is "Travis Kerschen's Film Series"?

It is an original and productive way to learn about cinema... while studying & practicing English!

Using the brief history of narrative film as a structural framework, we will watch and discuss scenes from different films, exploring together the evolution of Western (American/European) cinema.

Besides the historical relevance of these clips, film terminology and vocabulary will be introduced, allowing the members to analyze the clips progressively based on the composite elements of cinema.

Different personal anecdotes will be divulged from working on film sets, transforming the series into an organic human experience of what film is.

Along with discussions, various fun participatory exercises and games will be done, including role playing as different film characters.

This will be a fun and dynamic and engaging series, about sharing passion and love for film.

In the future, for more dedicated members, new classes will be available to them which will build upon what has been learned (directing, acting, screenwriting.)

If resources become available, also editing and cinematography. If and when possible, visiting film professionals will be invited to talk about their jobs.

About Travis, your film specialist and instructor: 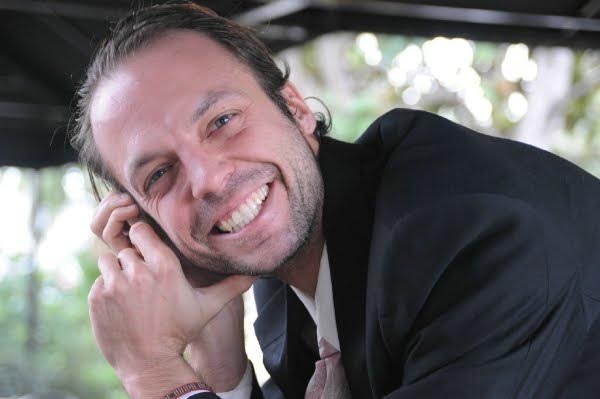 Travis Kerschen, of American origin, the facilitator of this weekly series, has worked in cinema for seventeen years in various cities (Los Angeles, Mexico City and Paris).

He is recognized for his passion (which itself is translated across languages and cultures). Professional experience: he has directed three feature films-Pageant (a comedy), Iko (a drama) and Tantrika (a horror) and numerous short films.

He has taught filmmaking at a university, film studies at two Parisian Grandes Ecoles, and acting at various academies. Beyond those two aspects of his love for cinema, he has a film education (being mentored by a Cannes’ Palm d’Or winning filmmaker.)

For more information about the Polyglot Club Subscription, click HERE.

You must also buy a drink (to pay for the services of the bar that welcomes us): check the Drink Policy.

Warning: the session starts at 7PM sharp... or you will not be able to participate!