is a small beautiful country with the heroic past. It is situated in . It has an area of 207,600 square kilometers and the population of more than 10 million. The largest cities are , which is the capital, , , , and . 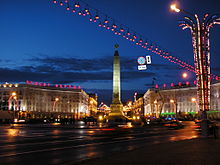 The climate in is moderately continental. The breathing of the is constantly felt here. Most of is a flat country. More than a quarter of its area is covered with the forests and bushes. The large forests are called "puschas". The greatest of them is “Beloviezskaya Puscha”, which is a state preserve. It is well known by its rare animals - aurochs. There are nearly 10000 lakes and 20000 rivers in . The largest lake is Naroch also called . The Belarussian rivers are slow with almost no rapids.

has four World Heritage Sites: the Mir Castle Complex, the , the Belovezhskaya Pushcha (shared with ), and the Struve Geodetic Arc (shared with nine other countries) 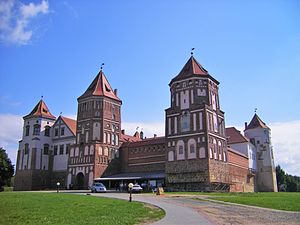 Belarusian cuisine consists mainly of vegetables, meat, and breads. Foods are usually either slowly cooked or stewed. A typical Belarusian eats a very light breakfast and two hearty meals, with dinner being the largest meal of the day. Wheat and rye breads are consumed in Belarust. To show hospitality, a host traditionally presents an offering of bread and salt when greeting a guest or visitor. Popular drinks in include Russian wheat vodka and kvass, a soft drink made from malted brown bread or rye flour. Kvass may also be combined with sliced vegetables to create a cold soup called okroshka. One of the traditional cuisines of is well-known “Draniki” (Potato pancakes). 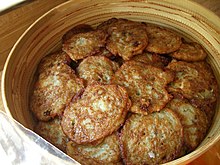 Come and see our beautiful country!

No meeting has been found in Belarus.